WHAT IS A BACK END DEVELOPER? 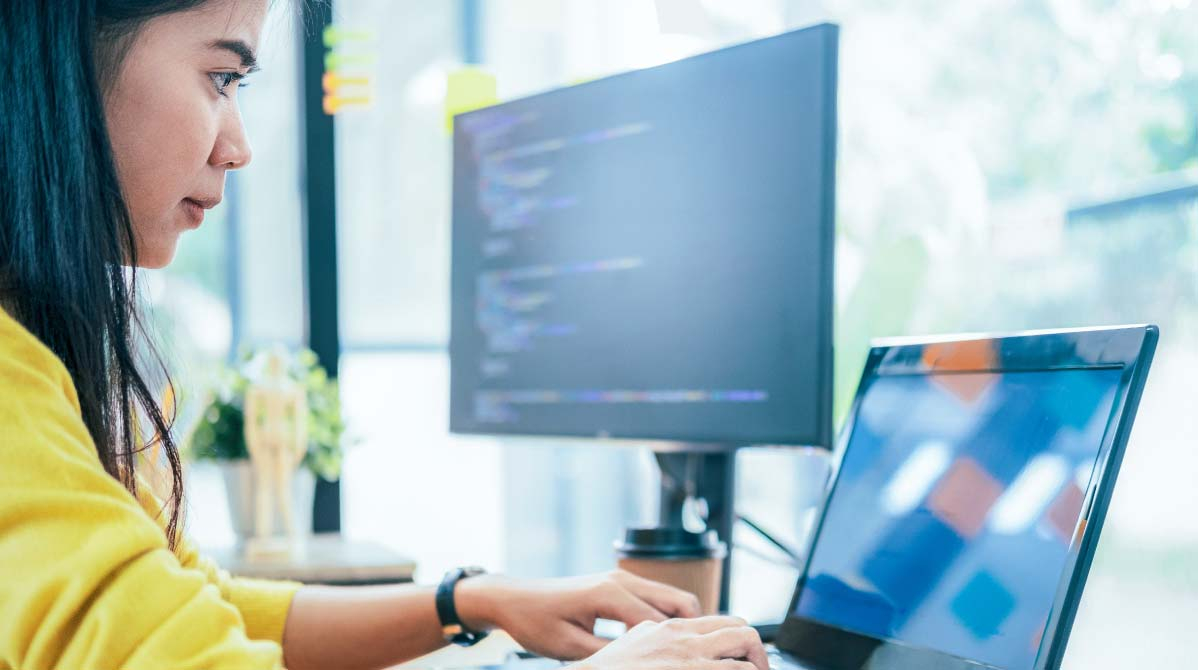 A Back End Developer is a type of programmer that creates the logical back-end of a software, application, website, or information system. They ensure that the data or services requested from the front-end of the system are delivered. Their focus is on the database, scripting, and architecture of the website.

The "back end” is also known as the server-side and it is everything a user does not see. It is the core and internal logic of the program that controls the database and server-calling. It covers aspects like content management, security, servers, and database structures.

What does a Back End Developer do?

If the front-end of a software, application, or website is everything a user sees and interacts with, the back-end is basically where all the logic and data is stored to make the front-end work. It consists of a server, application, and database. Back End Developers build and maintain the logic and technology that allows the front-end to exist and the product to function properly. In other words, they need to ensure that whatever data or service a user requests get delivered through programmatic means.

Some responsibilities of a Back End Developer include:

Software and Tools used by Back End Developers

Back End Developers need to make the server, application, and database communicate with each other. They do this using server-side languages. The languages that a back-end developer uses depend on the requirements of the company. Some popular server-side languages include PHP, Python, Ruby, Java, and .Net for building the application, and MySQL, SQL Server, and Oracle to find, save, change, and maintain data.

It can be helpful if Back End Developers understand front-end languages and technologies like HTML, CSS, and JavaScript so they can easily communicate with the Front End Developers.

It is also important that a Back End Developer learns the framework that supports the application they are building. Essentially, a framework is a platform for developing software applications which provides a foundation where developers can build programs – like a base for them to build on. Some common frameworks include Django for Python, Spring for Java, Ruby on Rails for Ruby, among others.

Back End Developers also need experience with version control systems such as GIT, SVN, or CVS. Version control helps a software development team manage changes to their source code over time. It keeps track of every modification made so developers can turn back in case a mistake was made or compare earlier versions to fix any bugs.

Thinking about a career as a Back End Developer? Learn more about them here.