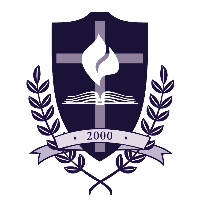 Do you want to be the first to know about the latest jobs at Victory Christian International School? Just subscribe with your email address and we’ll send you alerts as jobs become available.