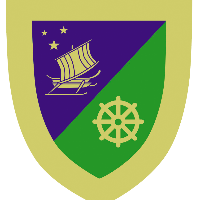 PAREF Southridge School for Boys in Alabang, Muntinlupa City is a private school that offers primary, intermediate, and secondary education for boys. The school was founded in 1979 by the Parents For Education Foundation Inc., a non-profit foundation formed by a group of parents who envisioned a group of schools that would offer values-based formation during the formative years of children. Formed on March 25, 1976, PAREF would go on to establish schools across the country that would live by the basic educational principle of parents first, teachers second, and students last. The parents behind PAREF were inspired by the teachings of St. Josemaria Escriva, the founder of Opus Dei, that only by having well-formed parents and teachers can the school have students of the right quality and virtue. The first school started by the Foundation is PAREF Woodrose School for Girls, in Ayala Alabang Village, Muntinlupa City, in 1978. One year later, it then opened PAREF Southridge School in Hillsborough Subdivision, also in Alabang.

Southridge began its operations on July 16, 1979 with one hundred students and twenty teachers and administrative staff and with only one two-story building and virtually no sports facilities. The only place the students can run around and play in was 3 hectares of cogon grass infested with mosquitoes and snakes. From these humble beginnings would come one of the most prestigious learning institutions in the Philippines, acknowledged by the columnist Monique Villonco as one of the country's bastions of classical education.

To date, Southridge has 1,100 students from Grade 1 to Year V being mentored by 120 teachers. The school likewise employs an additional 36 people in its administrative staff. In its 37 years of existence, Southridge has continuously produced students and alumni who have reaped remarkable accomplishments in various fields like sports, academics, culture, the arts, business, and politics. From just one building in 1979, the school has developed its three-hectare campus into a world-class facility with two academic buildings, a beautiful chapel, a state-of-the-art auditorium, a two-story cafeteria building, an administration building, and professional-level sports facilities.

In 1987, Southridge opened its Night School Program, a full high school scholarship for indigent but academically-deserving students from Muntinlupa City and other neighbouring areas like Paranaque, Las Pinas, Pateros and Makati. The program opened with 25 students in First Year high school. These scholars would attend classes from three in the afternoon to eight in the evening. The Night School Program was soon renamed the Afternoon School adjusting the academic hours from ten in the morning to 6:30 in the evening. The Afternoon School students receive the same education as their Day School counterparts, complete with the same standards and using the same classrooms and facilities. The Afternoon School Program served, and continues to be, Southridge's way of directly giving back to the Muntinlupa community.