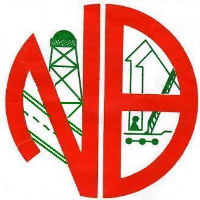 There are no social media links provided.
www.northernbuilders.ph

NORTHERN BUILDERS dates back its beginnings in 1986.  Motivated by the desire to align his ambitions in the construction industry, the young owner applied for a PCAB License in order to fulfill his hopes and dreams of one day joining the leagues of accredited constructors in the Philippines.

By June 1986, the PCAB License with category D was issued to the company.  The humble beginnings of the company started with just the couple doing everything from paper works to project supervision, planning and implementation.

Through hard work, dedication and commitment, the young owner strived hard.  Rising after each fall didn’t deter the drive of the couple to continue and persevere.  Their beginning was never a bed of roses, instead gargantuan trials haunted the company owners for quite some time.

Through hard work, they were able to start on their own.  Their first project with the DPWH was a ₱23,000.00 gravelling in 1987.  Other similar small projects were awarded but meagerly and scantily.  With their little savings, the couple was able to acquire their first set of old and dilapidated equipments… a tandem roller, a road grader and a water truck.  The young owner pursued and persisted to undertake the complete repair and overhaul of his equipments.  In time, the company was able to compete and bid for a small share of the local projects.

In 1988, the company ventured with a group of partners in order to be able to bid more competitively on projects from the Provincial Government of Tarlac.  But the partnership lasted only for 2 years.  However, the dissolution of the partnership did not discourage the young owner from venturing and undertaking on his own.  Learning from experience, with drive and motivation, the determined young owner joined the biddings of the DPWH in the regional level.  Exhausting all possible avenues, he diligently persevered within the regional arena of bidders.

By 1991, the company suffered its first major setback when its 4 desilting projects in Pampanga were listed as among the “Un-Booked projects” of the DPWH.  Consequently, payments were cancelled.  The case was elevated to court and settlement was done only after 12 years.  Again, with firm determination, overcoming dismay and discouragement, the owner turned his disappointment into inspiration by striving and working harder.

In September 1, 1992, the company’s Constructing License was upgraded to Category C.  This time, the company was tenaciously determined to pursue and persist in the tight competitive world of the construction industry.

The company was awarded it’s Category B License on March 3, 1993.  This time the company focused on improving its manpower by hiring a pool of talented management and technical staff.  Consistent with the owner’s unwavering desire to continuously grow and improve, the company was qualified to join and undertake projects in the national level.

By 1994, the first break of the company was achieved when it was awarded 3 sections from the Megadike projects in Sta. Rita, Pampanga.

And once again, the Philippines Constructors’ Accreditation Board issued the Category A License to the company on April 3, 1995.  Implementing a strict financial management system, the company continued to grow.  Equipment acquisitions became a major priority.  The company succeeded in its field of endeavor.  Innovations, quality systems management, and pioneering engineering technologies were upgraded.

Finally, by August of 1996, after 10 years in the construction industry, the company was awarded its Triple “A” License.  This time there was an even more aggressive thrust to do construction anywhere within the archipelago.  The company hired and increased its pool of talented manpower by hiring the best minds who had extensive engineering experience in design, construction, maintenance, concrete works and management skills both for its horizontal and vertical projects.

The next 15 years witnessed the phenomenal growth of the company by acquiring 2 more additional equipment yard to house and accommodate the increasing number of their pool of equipments.  The company aggressively embarked in its modernization thrust to also upgrade its sets of concrete batching plants.  Offices were renovated and additional buildings constructed to house its increasing pool of technical and management staff.  Departments and systems were set up to streamline the management flow process, thereby increasing management efficiency.  The company’s method of management and construction application has enabled many satisfied clients to save on valuable construction time and company finances.  Project delays were significantly reduced due to its efficient management method.  Ten years of full blast in engineering production paved the way to achieve the company’s good reputation in the industry.  Delivering excellent performance, quality and value, became the core driving mission of the company.

By December 2010, NORTHERN BUILDERS received its ISO 9001:2008 Certificate Registration No. 441 100 112057.  An accomplishment that will further insure perfection of its management system.  The company can truly boast, that it is capable of handling all aspects of quality construction works.  Heavy and light equipments can be mobilized and respond to urgent emergencies anytime and anywhere within a period of short notice.  With its excellent team work complimented with good working rapport in all levels and areas of the organization, the company is highly optimistic in giving its clients the best performance of quality construction work.

This is NORTHERN BUILDERS after 32 years, striving to even become better, working harder in order to achieve its hopes and ideals but above all contributing the best that it can offer in the construction industry of the country.