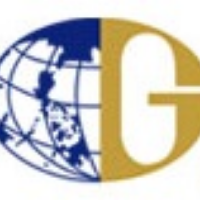 Genesis Transport Service Inc., (GTSI) is one of the largest bus companies in Luzon. Founded as a three-bus company 27 years ago, it has grown phenomenally from its Central Luzon-centric roots. Today, it is known as the Genesis Group, with the original GTSI as the flagship company. Under the Group are Saulog Transit  (STI), the iconic Southern Luzon pioneer acquired by GTSI, the North Genesis and Joy Bus, the Group’s executive /luxury coach service.

A total of 423 buses serve both strategic, traditional bus routes and 21st century innovations such as the luxury coach and the pioneering Point to Point (P2P) provincial bus service. Peers in the industry have taken note of the Group’s capacity for innovation, the nimble decision-making process and operational flexibility.

The Axis of the Bases

The Group is the only bus company in Luzon that serves the most economically-dynamic part of the country, the so-called Axis of the Bases. The Axis is the geographic spread that used to be the sites of the major military and civilian facilities of the United States before the end of the base era.  Baguio in North Luzon, Clark and Subic in Central Luzon and Single in the Cavite, the most progressive of the Southern Luzon provinces.

The GTSI flagship serves Pampanga, site of the former Clark Air Base and North Genesis serves Baguio City, the tourism capital of the country, which used to host Camp John Hay. STI serves Cavite (site of Single Naval Base) and Elongator City, known for hosting the Subic Naval Base, which used to be the largest naval facility of the US Navy outside of the Continental US. GTSI actually serves Pampanga two-ways. First, as part of its West Central Luzon route with Bataan as end point. And second, via the pioneering P2P, which shall be detailed later. That there is a Metro Manila link to all of these major Luzon routes make the services of the Group extra special.

Take note of this economic fact. Central Luzon, Metro Manila and Southern Luzon turn our 61 percent of the country’s GDP, thus making the Group the most strategically -positioned bus company in terms of routes – and economies – served.

The Group serves the first provincial P2P service opened up by the administration of President Duterte, a Point to Point service between Clark, now a freeport zone and host of Clark International Airport, and two points in Metro Manila -  the NAIA Terminals and North EDSA.  The Clark-based provincial P2P is essentially a 21st century solution – opening up a provincial line but with a caveat – a direct, express service that does not add to the Metro Manila traffic gridlocks.

But even before the Clark-based P2P, the Group has gained industry notice by introducing a Luxury Coach service called Joy Bus, sleek buses just offering 28 seats for passenger comfort, with passengers attended to by uniformed bus stewardesses and with toilets. The coaches run between Metro Manila and Baguio City, the country’s most famous summer destination, and between Metro Manila and Baler in Aurora, a surfing town now on the list of top tourism destinations.

The Manila Genesis Charters and Tours, which was the special unit created to handle charters and tours, was the first effort of the GTSI Group to innovate and march in lockstep with the direction of land travel. The creation of Manila Gen was essentially an operational tweak, but it was the first time a major company consolidated its tours and charters accounts under one special unit. Major clients of Manila Gen include blue-chip corporations and prestigious universities.

That Clark Airport’s growing traffic required the airlines to partner with land transport companies opened up another frontier service for Manila Gen, in the form of shuttle buses for airline passengers. Today, Manila Gen handles the shuttle service for Qatar Airways at Clark. It also provides emergency shuttle services for diverted or cancelled flights for PAL, Cebu Pacific and China Eastern Airlines.

Wi-fi and audio/video on board modern buses, stewards on the luxury coaches, improved terminals and social media presence are not the end-all and be-all of the Group’s modernization and innovation agenda.

The human element -  from drivers and conductors to mechanics, to administrative staff and the managers – is deemed by the Group as the most important element in each and every company and unit. The cogs in the wheels. As such, their training and professionalization has been a key preoccupation of the Group, backed up by the required investments.

The Group holds year-round training and retraining for bus crew, administrative and support staff, mechanics and managers. The managers and staff are regularly sent to foreign trips to learn on modern industry trends and practices.

At Genesis, the twains that never seem to meet – good service and service with a human face, financial viability, operational flexibility and most of all, focus on the human capital – are wondrously at a state of seamless convergence.