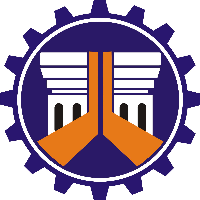 In fostering confidence, trust and accountability with the leadership of District Engineer RODY A. ANGULO with the support of Assistant District Engineer NOLI M. ALCANTARA, all the Section Chiefs, staff and personnel of Batangas IV District Engineering Office exerts the best efforts in treading the straight and righteous path through affirmation of better quality, adequate, safe and cost-effective infrastructures that will ignite the virtuous cycle of opportunity and growth in the 4th and 6th Legislative Districts of Batangas.